An Airship for Disaster Relief - Solarial 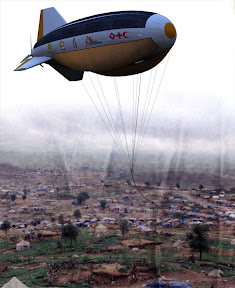 © Andrew Leinonen
There have been many ideas on how to use airships, may it be as mobile camera platforms either remote controlled or manned, for sightseeing flights, as high altitude platform, as aerial cruise ships or business yachts or even as surveillance tool. Using Airships in disaster relief has not been discussed for a while but the recent disasters in China and Burma which almost coincidentally happened right around the time when the 2008 ACIDO Rocket Show and competition announced their winners changed this. The ACIDO Rocket 2008 is a graduation show and competition where students of the three schools of Industrial Design in Ontario Canada present their works. One of the Categories was Natrual Disaster and Andrew Leinonen from the Humber College with his concept called "Solarial – Mobile Power Generation for Disaster Relief" won best in category. This is how he describes his project:

Solarial is an unmanned airship that provides mobile support infrastructure for disaster relief and remote communities, generating renewable energy and supplying communications links where they are needed most. Utilizing a skin coated in thin film photovoltaics, and a reversible drive propeller/wind turbine, it delivers clean energy via tether cable. Housing a suite of telecommunications equipment, Solarial also acts as a relay station for radio and cellular telephone signals, aiding the coordination of relief operations.

While that's the mission brief for the project, the rationale behind it was to produce an airship at a modest scale, fulfilling a present need, to act as a transitionary element towards a more sustainable aerospace industry based around airships.

You can check out the presentation on the ACIDO Website which features some very nice pictures and illustrations on how the concept is supposed to work. Even more information can be found on Andrews Blog pulltheskydown.com where he talks about the Solarial Concept in more detail. What's most interesting about the Solarial concept is that it combines multiple ideas into one package. Having a quickly deployed airship that turns into a tethered aerostat that can provide energy as well as a telecommunications relay for on site communications gives new flexibility to disaster relief. The Solarial is also supposed to fly autonomously to it's destination giving humanitarian help organization a chance to call for a Solarial which will then provide the necessary base infrastructure on a disaster site. In the coming years we will hopefully see more airships being used in disaster relief especially if more people demand them, because they can be a solution to today's problems in building up infrastructure at disaster sites.

But building up infrastructure is not only a topic that is interesting for humanitarian missions the military is also very interested in using airships for their missions. Using small airships for surveillance or larger ones as communication platforms. While writing this article I remembered a project by BOSCH Aerospace called
REAP (Rapid Elevated Aerostat Platform) which is a project where an Aerostat is being transported deflated by jeep to the site, and then inflated and deployed in a matter of minutes. Check out this YouTube video of the REAP System:

While the REAP Platform is mostly used for surveillance the way it is deployed is quite remarkable seeing the aerostat inflating completely by itself without any human interaction. 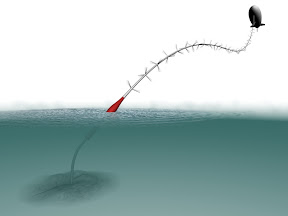 © Selsam
Another project that came to my mind is the Selsam SUPERTURBINE a project to create highly efficient wind power generators. One of the concepts also includes a blimp that is tethered and has Superturbines attached to the tether. Something that could be incorporated with the Solarial? Or what about the Magenn Windtrubine also a lighter-than-air tethered power generator. The Magenn project just recently made the first trial test with their system, we reported on it here.

The possibilities seem to be endless when it comes to envisioning the usages of airships for green power generation. We are looking forward to the future hoping to the these projects become reality.

If you know of other projects that are using airships in new and exciting ways let us know. Also I want to thank Duncan Rice, Paul Bloch and Andrew Leinonen for their input which helped me write this article.
posted by Andreas at 12:05 AM

Helium Airships ? noway, isn't a great idea, think about it