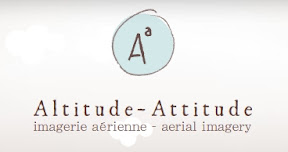 © Altitude-Attitude
You have probably seen those big camera cranes that are used in movie and TV productions to provide aerial shots. Some are up to 100ft high but what if you want to go 150 ft? Well you either need a bigger crane or you need to fly. Traditional means of flying are planes and helicopters. If you want to shoot at one location a plane is not the right option since it can not hover, a helicopter can. Using a helicopter though has the big disadvantage of a lot of noise, vibrations and the enormous wind the rotor generates downwards, so low altitude and low vibration video shoots aren't possible by using any kind of traditional aircraft. But an airship can solve exactly this problem. It is almost silent, with little to no vibrations, can hover over one spot without costing energy since it is lighter than air and doesn't generate downward wind that might disturb the scene that should be shot. So video airships are a great alternative for aerial filming and photography. The Metlife Blimp for example is filming the PGA Golf tour and provides fantastic footage. Check out this clip from the PGA Tour to get an impression. But such a big Airship can only be used outside and might actually be to big if you just want to shoot a small scene, especially at low altitude. Which leaves room for small remote controlled blimps and airships that are equipped with a camera. One company that offers these services is Altitude-Attitude, a Belgian company focusing on aerial photo and video production. They have already done quite a few projects with their camera equipped blimp. Besides having more freedom of movement in the three dimensional space a small airship also doesn't need to be set up extensively like a crane. It can arrive on site, maybe has to be filled with helium and can start flying. By using a wireless video transmitter the airship can even deliver live aerial video. Check out these YouTube Videos to see the blimp in action or go to the Altitude-Attitude Website and check out their galleries.
altitude-attitude.com Belgacom christmas party Théâtre de la


altitude-attitude.com video blimp in Macau
What do you think about remote controlled video airships. Should they be used more often? We believe there is a market for those airships, allowing directors new creative and innovative ways of filming from perspectives that are simply not possible with a crane. Leave a comment on the blog share your thoughts in the Forum or on the Mailinglist. Subscribe to the blog and spread the word, tell your friends about airships and Airshipworld, let's create something great.
posted by Andreas at 8:56 PM

yep A better camera platform is part of what keeps Goodyear flying. But in light of the date and it's tragic significance in LTA history the real market for LTA's is to supply aerial relief/aid to the hunderds of thousands of tidalwave victims.
SkyCat,Lock/Mart P-971,
CargoLifter, where are you when the world needs you ?

Hey this s really good. I'm glad that I found your blog, I've been following some of the entries and it is actually the type of topics I enjoy in a blog!

I always wondered how they have that kind of amazing shots. I thought about the helicopter but the shot speed isn't fast.

Congratulations for posting Such A Useful blog. Your Blog Is not only informative purpose aussi Extremely artistic too. There are Usually Extremely couple of Individuals Who Can not Write Articles That Creatively so easy. Keep Up the good writing!