The Goodyear Blimp makes the news. 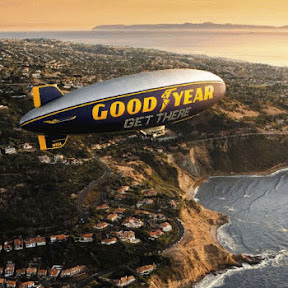 The last few days have been quite packed with Goodyear Blimp news, this post tries to sum them up and give a short overview about what is going on with it.

The Goodyear blimp is also featured in the current advertising campaign with the slogan "Get There" which you can check out on the web. There are two video ads that feature the blimp. Having so much news coverage in such a short time, shows how impressive the public awareness is when an airship flies over their heads. There were even more blog posts and articles in the last few weeks. If you think we have missed a very important article or if you want us to report about your airship sighting, project or venture just email us or leave a comment.
posted by Andreas at 7:27 PM