Airship will fly over the Nazca geoglyphs in Peru 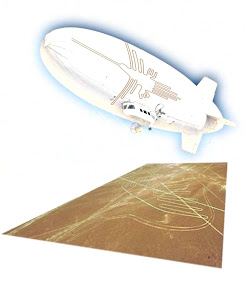 © Airship Nazca Project
The ancient lines and geoglyphs in Nazca, Peru have fascinated mankind for a long time. Just recently they were featured in "Indiana Jones and the Kingdom of the Crystal Skull". In order to make sure the world has a permanent record and to survey the endangered lines a new Project is underway to this with a low flying, low impact Airship. John Christopher from Airship Initiatives most well known for his Zeppelin Tours is announcing a new Project this week: The Airship Nasca Project working with Professor Nick Saunders and the University of Bristol Archaeology Department who himself is involved in on-going research at Nazca with Professor Clive Ruddles of Leicester University. The survey mission is planned to take place in 2010. To read more about the project. Go to the Airship Nazca Website and read the press release that Airship Initiatives has put out. Below are also some more pictures of the project and the concept.

The Airship Nazca Project PRESS RELEASE: Issued 25 July 2008 – for immediate release Announcing the Airship Nazca project Airship Nazca is an exiting new project using an airship as an aerial platform for a photographic and remote-sensing survey of the endangered lines and geoglyphs in Peru, which were featured recently in the film 'Indiana Jones and the Kingdom of the Crystal Skull'. The Lines and Geoglyphs of Nazca and Pampas de Jumana are one of the greatest cultural wonders of our planet. Situated in south-western Peru, 500 square km of arid plains are covered with lines straight as an arrow, fantastic geometric shapes and over seventy drawings of animals, insects and even human figures. These geoglyphs are huge, for example the famous Monkey with its spiralling tail is over 91.5 m across, while the Hummingbird - the symbol for this project and which in Andean mythology represents a special messenger of the gods - has a wingspan of 61 m. Best seen from the air, their purpose and how they were made has intrigued archaeologists and mathematicians ever since their re-discovery. But now they are under threat and may face irredeemable damage as the result of tourism pressure and the impact of climate change. In 2010 Airship Nazca will undertake the most detailed survey of the site ever conducted. “It will raise the profile of Nazca and other sites at risk, emphasising the need to protect the drawings while providing a blueprint of every square centimetre,” commented John Christopher of Airship Initiatives, the project coordinator. Heritage under threat Nazca is one of the most fragile archaeological sites in the world. The plains consist of a powdery gypsum-laden soil covered by a layer of rocks and stones; glacial debris that has been fragmented into small pieces. These stones have a high iron content and through oxidization they have darkened to give the site its distinctive reddish-brown tone. The lines and geoglyphs were created by clearing the stones and piling them to either side, thus exposing and contrasting the stones with the lighter-coloured soil underneath. The reason why the lines and geoglyphs have survived for so long is because of the site's stable climate which has almost no rain. However as reported by UNESCO there is growing concern about the impact of climate change upon many world heritage sites and in Peru there are regional factors with deforestation and erosion blamed for mudslides and flash-floods in many areas. In 2000 unusually heavy rains triggered mudslides in the hills south of the drawings, causing damage to one of the minor lines and prompting one archaeologist to declare it "an important wake up call." The rise in international tourism has brought mixed blessings to many parts of the world. Of concern at Nazca is not the quantity of visitors, but the actions of a few. Because the surface is so fragile any marks made by the tyres of a vehicle, or even a footprint, will last as long as the lines themselves. Tourists are now kept off the main area and see the drawings from the 15 m viewing tower or from light aircraft. Location The Nazca lines and geoglyphs cover the arid plains situated between the Pacific Ocean and the coastal mountains in the south-west of Peru. Location coordinates: 14 degrees 41' 38.3” S, Long 75 degrees 06' 49.6” W Why use an airship? The airship is an ideal stable platform from which to conduct a low-level survey. It can be adapted to carry a range of equipment and instruments, flying low-and-slow or even maintaining station if required. The airship can also take best advantage of the light conditions to photograph the lines and drawings which are shallow and do not show up well on satellite imagery. It will also provide the opportunity to carry equipment and experiments devised by students and school children and some may even get the opportunity to fly in the airship as part of their studies. Crucially, given the fragile nature of the Nazca site, the airship is environmentally non-intrusive and the entire survey will be conducted without leaving a single footprint on the surface. Recent advances in remote sensing technology, especially with Lidar which using pulses of light to produce accurate terrain modelling, should provide the most comprehensive survey of Nazca ever attempted. World Heritage Site The Lines and Geoglyphs of Nazca and Pampas de Jumana were inscribed on to the World Heritage List relatively recently, in 1994. The list, maintained by the World Heritage Programme administered by UNESCO, includes 878 sites which are considered as having outstanding importance. The Airship Nazca project team The Airship Nazca project has been devised by John Christopher of Airship Initiatives, a UK-based company dedicated to putting airships to work. With extensive experience in lighterthan-air flight and operations, Airship Initiatives are involved in a range of airship projects and also act as independent consultants for clients all over the world. The Zeppelin Tours part of their operation organises airship pleasure flights in many countries including Germany, Japan, the UK and in the USA. Airship Initiatives is working with Professor Nick Saunders and the University of Bristol Archaeology Department on the archaeological aspects of the project, and the handling of the data and imagery obtained. Nick Saunders is recognised internationally as an expert on the Nazca lines and geoglyphs and, together with Professor Clive Ruddles of Leicester University, is involved in on-going research at Nazca. For more information or pictures contact: John Christopher, Airship Initiatives Email jc@airshipinitiatives.com Tel +44 (0)870 479 8373 www.airshipnazca.com 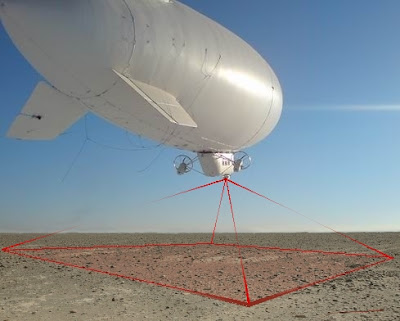 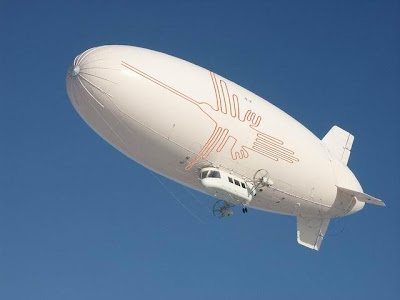 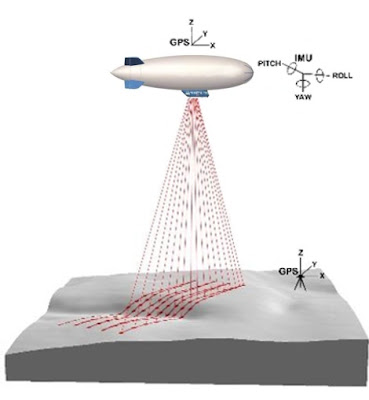 Please spread the word share it on Delicious, Digg, Reddit, send email to your friends, publish it on your website. There are a couple of links at the bottom of this post that make this easier, try it out.
posted by Andreas at 7:41 AM

SERENDIPITY---a friend who is just becoming interested in airships recently sent me an email that mentioned Julian Nott....who was instrumental in the first flying of balloons over Nazca many years ago!

For my part everybody ought to glance at this.

You made some good points there. I did a search on the matter and found the majority of people will consent with your blog.

Thanks for sharing this blog,technically its very helpful for me..