Sky Diving from the Goodyear Blimp 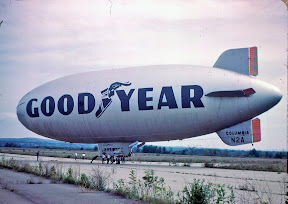 ©1965 William Chandler
Today we turn the wheel of time backwards with a guest post by William Chandler a retired US Army Colonel about his skydiving experience from the Goodyear Blimp Columbia N2A.

In September 1965 I was on the faculty at West Point, and OIC of the Cadet Parachute Team. The Blimp Columbia was at the NY Worlds Fair and Goodyear was kind enough to send the blimp up to Wallkill, NY, to the USMA Drop Zone. They could carry only two jumpers at a time, and ascend to only 3,000 feet, in order to fly without venting helium. Here are a few pictures. 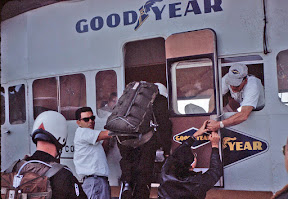 ©1965 William Chandler
The USMA Superintendent was not anxious to approve the jumps, but finally did, but only with the proviso that an officer jumped first, in case there was any difficulty. I'm the one climbing into the cabin. The blimp made a total of 12 lifts, for a total of 24 jumpers, before they had to go back to New York City. 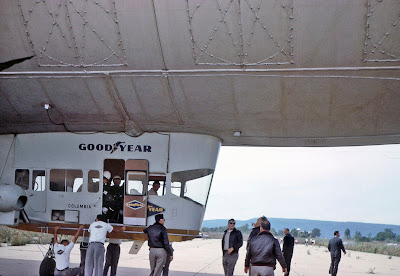 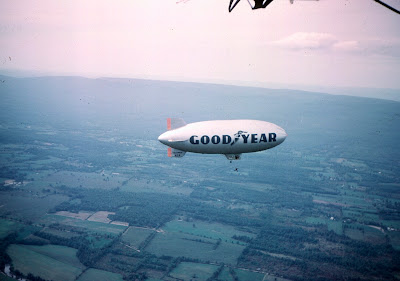 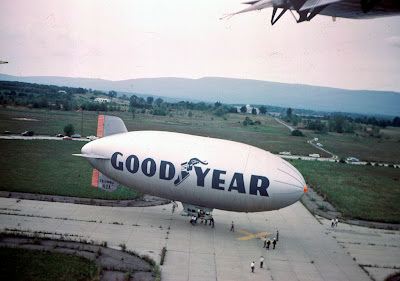 You can click on any of the images to see a larger version of it. If you have a story, pictures, videos, a question or anything that you would like to share please send it to us at airshipworld at gmail dot com
posted by Andreas at 9:30 PM

If you had some way of rating posts I would for sure give you a high rating my friend! las vegas skydiving

Diving is the most exciting activity You can feel the immensity of the ocean. It's like traveling to another world. unexplained.This blog is amazing and vey interesting.
costa rica investment opportunities

Of course skydive experience is the Unmatched Thrill And Excitement